Look around on Playground CS™ (move the cam) through Amsterdam360 (click here for the website of Amsterdam360): 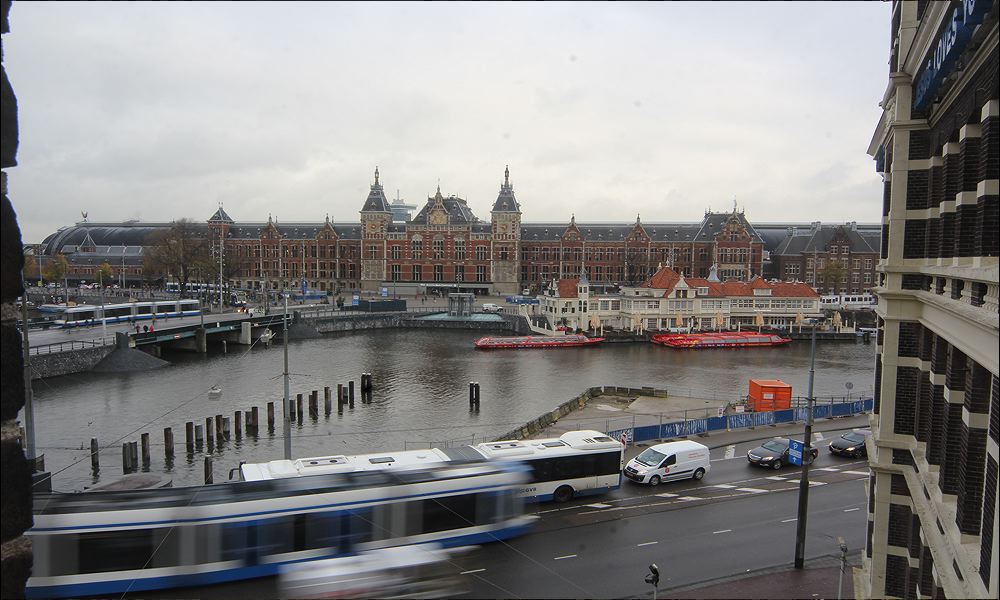 Playground CS™ of Urban Space Agency: the coolest place in the heart of Amsterdam for the summer of 2015!

From July 15, 2015 until the end of August 2015, directly in front of Central Station, Amsterdam there was a beautiful pop up playground: Playground CS™. For children, moms and dads, and grandma’s and grandpa’s oma’s! Open for playing and relaxing 7 days a week!

Sports and games, sand, buckets & spades, beach chairs, hammocks and parasols gave the place the look and feel of the beach. Playground CS™ quickly became an oasis children and families in the middle of the hectic city. Playground CS™ was the kick off for a project to create more places to play in the city.

Initiator is Henny Heijmans Amsterdamverbindt, City of Amsterdam (Sport, Ruimte en duurzaamheid, Stad in Balans), and Stefan Bödecker of BF-AS.
Together with Tosti Creative Urban Space Agency turns Playground CS™ into the place to be for the summer of 2015.

On July 15th on the Prins Hendrikkade, opposite  Central Station, a pop-up city beach opens for young families with children.

For a period of six weeks this former building site of the North/South Metro Line shall be a warm and safe place to play in one of the most recognizable hot spots of Amsterdam. The pop-up beach called PlaygroundCS is being realized on a former bridgehead at the Prins Henddrikkade. The beach measures 1500 square meters. At this place, which opens 15th of July, for six weeks seven days a week, sports and creative programs shall be run for children.

Playground CS is an initiative of a group entrepreneurs and is supported by the City of Amsterdam.

The project is part of the program City in Balance, where in innovative fashion is being experimented to find a healthy balance between growth in Amsterdam and life in the city.

The project is being operated by the Urban Space Agency in cooperation with Tosti Creative, Amsterdam Verbindt and BF-AS

Playground CS™ was developed and built for young families , who wish to spend some relaxing quality time together in the heart of the city. A daily, changing program was developed with activities such as Building Sandcastles Contest, kids yoga, painting and drawing, jeux de boules, ninja workshops and open air cinema. The visitors could keep up to date on the project and programming via the website and Facebook page of Playground CS.

The initiative was principally for children, and their parents, or escort. Neighbors from adjacent neighborhoods quickly became regulars at Playground CS. Grown-ups often started their days with Tai-chi and / or Yoga lessons. Followed by a coffee or tea, and reading the morning papers while enjoying the sunshine. At the bar, cut out of a sea container, one could enjoy cold drinks and bites. 0% beer became a hit.

The 250m3 sand of Playground CS™ came from the WC Beach Volleyball location of Dam Square, Amsterdam. A great opportunity.

“We hope to see 500+ happy faces a day at this unique location in the heart of the city. It is super that the City supports this initiative and wants to realize this project with ambitious entrepreneurs. The purpose of this project is to form a new style Amsterdam collective, to get Amsterdammers moving. Everyone with fun ideas was invited to participate.

“This experiment is a first step to a larger project for Amsterdam Verbindt. More space to play for the children of Amsterdam. A playful park where the people of the city gather and connect. A place where children find shelter and the challenge they need. Where parents can simply enjoy. “